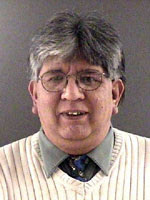 Taylor and I sat down with the Portland Mercury this morning to discuss the  Andrew Bridge/Farris fiasco, homophobic chief of security Mike Soto and the still unravelling cases an ongoing gay witch hunt which you can read HERE!
So we assumed after the state district attorney (as well as the Dean's office) tossed out all the charges against Taylor and KATU report Dan Tilkin exposed the charmer that is gay vigilante Andrew Bridge/Farris, we assumed life was going to get easier. ..
Not so.
You see Mike Soto has requested Taylor come to a meeting to discus what he calls Taylor's "criminal trespassing" on PSU campus- you see even though Taylor was a  student in great academic standing, even though the dean's office and the DA found him innocent , even though this was clearly a case of abuse and fraud- Mike wants to question Taylor.
so I sent him the following email, which has not and probably will not be responded to.

Mr. Soto,
Taylor  and I would like to know precisely what there is to discuss about the "criminal trespass warning" . The Dean of Students office as well the state District Attorney's office "Dismissed in the  Interest of Justice" any and all charges against my husband, Taylor Vineyard, so we were curious to the specific nature of this requested meeting and as to why the "trespass" from PSU campus was not immediately expunged. With all due respect, we do not believe this is a matter up for discussion.

Andrew has a string of these things: making police reports against innocent people for "obscene conduct" or "suspicious behavior" or claims of illegal activity like drug dealing.
I knew years back when he lived in SE PDX, a local cop told me they finally stopped taking phone calls from him because of his bogus claims. I often wonder if he makes money from blackmail business on the side. I don't think he has ever held a job.

Yeah we (and our lawyers) are well aware of Andrew's past.