Spike Jonez "Where The Wild Things Are" 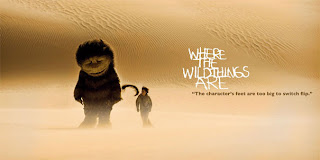 Spike Jonez's Girls Skate Company is releasing some limited edition skateboards to promote his new film based on some obscure book I'm sure no one has ever heard of... just kidding  it's the beloved classic by Maurice Sendak Where The Wild Things Are. Take a look at all your childhood favorite monsters and Max, the boy in monster pajamas. The film has been fraught with problems from the start and delayed time and time again. Warner Brothers fearing the film was far too terrifying for their assumed child audience. But those of us in our late 20 to early 40s should be just fine lol. Seriously, just make the damn movie for adults who read it as a child and be done with it. It looks incredible and I have high hopes given Jonez previous films Being John Malcovich and Adaptation. 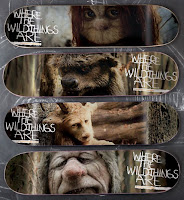 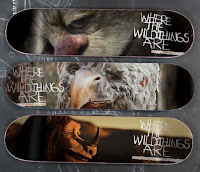