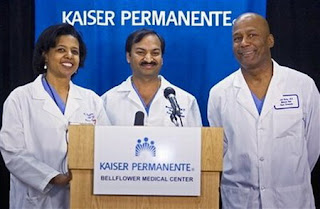 Octuplets- a word so underused that my spellcheck got confused.  Medically, their birth has been deemed near impossible to have occurred without the tinkering of fertility treatments .. Officially their has been no statement of the procedures involved with  their conception nor have the names of their parents been released.  Most modern fertility clinics work very hard to prevent this kind of multiple birth as the risks to the mother and fetus are exponentially greater. This is pardon the term a litter of children. Humans were not evolutionarily speaking meant to have that great a number of offspring. One can not provide the kind of nurturing bond  with a baby when it must compete with seven, S-E-V-E-N others.

When we see something like this in the general fertility world, it gives us the heebie jeebies," said Michael Tucker, a clinical embryologist in Atlanta and a leading researcher in infertility treatment. Tucker added that in his opinion, "if a medical practitioner had anything to do with it, there's some degree of inappropriate medical therapy there."

This kind of god playing is an incredibly irresponsible move, dangerous both ethically and medically. This is both the product of playing science air guinea pig and parents who expect to receive a wage/charity  from their celebrity.  Quite a few multiple births have been given new homes, automobiles and life time supplies of just about everything to "help out", which seem suspicious motives may be at work here. They are easily preventable and HIGHLY discouraged and prevented my ethically sound well trained doctors and technicians in hospitals and clinics world wide.

If patients choose to proceed with the treatment -- even facing the potential of a large number of eggs being released -- they can later abort some of the embryos if a higher-order pregnancy occurs. Many patients dislike this practice, called selective reduction, said Dr. Harold Henry, director of maternal-fetal medicine at Kaiser Permanente. Some have religious or ethical objections to aborting any of the fetuses; others don't want to risk losing the entire pregnancy.

Infertility experts generally try to prevent multiple births because of the myriad potential health problems for mother and babies and because such births consume enormous financial resources for hospitals, health insurers and families.

I find it morally objectionable and hypocritical to hide behind the religious extremist excuse of being antiabortion in their reasoning  and defense of multiple birth. To the Parents of fertility clinic produced multiples who say God wanted you to have that litter of babies: If it were up to God, clearly you would not be giving natural birth ladies. You or your partner could not conceive but I feel then you selfishly played doctor Frankenstein on your selves and look what you hath wrot. You could have just as easily-more easily in most cases become an adoptive or foster parent to any number of impoverished children in need in America or abroad. I prefer american adoptions personally because living the pacific northwest as I do i feel we had an asian baby boom that was just affluent Caucasians needing a new fashion accessory. One that said hey look at me we already had kids but we adopted a chinese baby girl , so see how liberal and compassionate we are. It's just a thought as i see a significantly lower percentage of  adopted african american or caucasian or even latino  babies. It's about status and small town celebrity, not always, but i cant help think the Los Angeles Octuplets were the selfish bi-product of dubious fame seekers both in the parents and the doctor s involved in their conception.
Posted by Andrew klaus-Vineyard at Tuesday, January 27, 2009