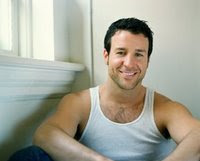 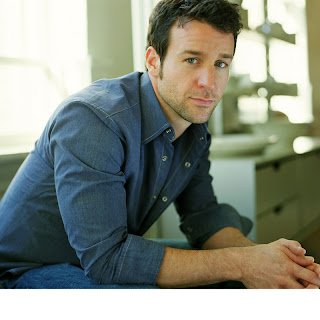 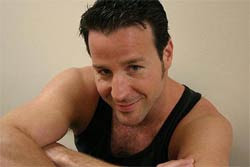 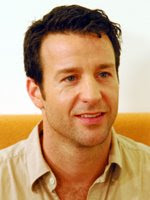 I decided to revamp my somewhat dormant Musical Crush of the week to just BIG CRUSH, and since I'm a fickle sorta manho, by which I mean I crush often, I can encompass more variety this way.  Male , Female, Gay, Straight and every where inbetween those categories need apply!
First up is painfully buff and beautiful Palo Andino- the sexy twist is he's a hilarious comic and cast member of LOGO's Big Gay Sketch Show, in addition to looking Cuba's REAL missile crisis (ok that was just a really lame one. Andino describes himself as "a character actor trapped in a leading man's body. I have a predisposition for the clown type roles anyway"

Here he is being-um well himself and just plain odd on After Elton's Vlog, and dragging his somewhat unsuspecting boyfriend into the show.
Posted by Andrew klaus-Vineyard at Friday, January 23, 2009