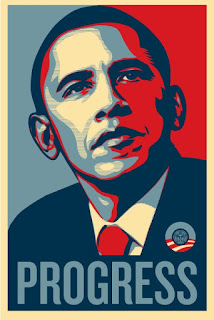 APATHY! OH SUCH APATHY! C'mon America. With McCain gaining in the polls and the terrifying legacy of the 2000 and 2004 election still suffocating us it's of the utmost importance that we mobilize and rally behind Barack Obama. We need to reach out to our red state families, friends, cousins, brothers and sisters from other mothers! We must make a stand against a tide of change that has turned the tide of justice, and freedom in this nation into a global liability. This is about the future, economically our country is on the the event horizon. The gulf between the rich and the poor has widened to proportions reminiscent of the 1880's. Our tax codes and law-makers pandering to the few forsaking the many. Do I know Barack Obama will be the change we need? no, not for certain, but I have hope. I also know John McCain is the antithesis of anything we could possibly survive in the current global climate. Social Conservatives have back slide America to a shocking position. America Wake the fuck up! How can we let our rights be eroded away like sedimentary river rock? Women, I implore you especially to get out and fight the good fight as so many of your grandmothers and mothers did. What is at stake is the future, your ours, your daughters.  The stripping of reproductive rights is all but a done deal if the McCain-Palin ticket wins. Gay rights? Not a snowball's chance in hell.
In a world economy we must not be as we are. We must rise above this. Gore Vidal once said  " We believe we are above the law, which is not unusual in an empire. Unfortunately we also believe we are above common sense as well."
Posted by Andrew klaus-Vineyard at Monday, September 08, 2008