IT's the END Of The World As We Know It... and I Feel Fine 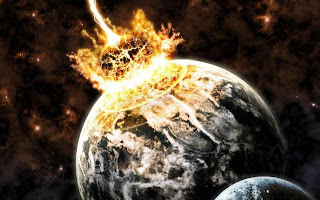 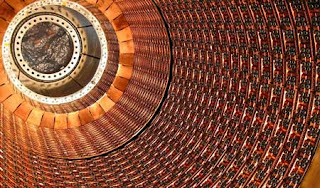 Hmm, well if we flip this switch we could answer one of the fundamental mysteries of the universe... or create a black hole and destroy the world and rip the very fabric of reality..... So of course we flipped the switch. The Hadron Collider was used to re-create conditions of the Big Bang (?!) Ah the search for Dark Matter- (anyone think of Lyra Belacqua and the Amber Spyglass when reading about this? DUST! If we find dark matter and it starts talking through our computers I'm so out of here!)
Well it worked actually. I'm not even going to attempt to explain the science behind it (I inked to it above however.) but I do think there were some reality shredding consequences of this action.
Hell froze over and a judge in Florida ruled the ban on adoption by gay parents UNCONSTITUTIONAL!!!!
the ban has been in place 31 years, and as a Southerner who spent a tremendous amount of time in Florida, not just the beaches, but also state capital Tallahassee I say about damn time.  "God's Waiting Room" has always been a thorn in my side. Election fraud, Anita Bryant, Redneck Rivera summer vacations, hurricane season, Africanized honey bees, vicious carnivores reptiles, the murder of Adam Walsh, Disneyworld... I could go on and on about my childhood trauma. But we've taken a stab at reclaiming the nation's Seminole Swamp and it's about time .
Children NEED parents, TWO parents would be great if possible, it's not always the case though. One who loves them is better than two who are abusive/Neglectful. So on this point I agree with the radical right, kids need both parents, if possible. However they don't see the faulty logic here. A gay couple who have raised a foster child who was abandoned my their "hetero-normal" biological parents and petitioned to adopt the child face the chance that these children are routinely taken away and recycled through foster care, only to be abused and neglected by HETEROSEXUAL foster parents... hmm... just saying. It's about time the government actually did what was truly in the best interest of the CHILD and let them become full members of their loving and safe homes. This issue is very close to my heart as I grew up in the area and moved to the Pacific Northwest as an adult. I have fond memories of the south, and deep shame as well. Perhaps this is the end of the world as we know it. The end of a world of foolish blind ignorance, and the start of a world that could, and should be better
Posted by Andrew klaus-Vineyard at Wednesday, September 10, 2008