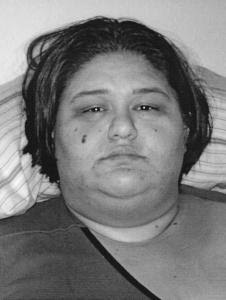 A nearly one-ton (just over 800 lbs. but who's counting) 27 year old bedridden woman in Texas is accused of striking her 2 year old nephew in the head twice, crushing his skull. As tragic as that maybe it only gets more bizarre as it seems the woman is not in police custody because she is too large to fit through the door of her home, essentially trapped inside. Furthermore  the jail is not equipped to care for her as she will need extensive medical treatment if/when removed from the home. Medical experts believe the woman will die if removed and taken to the jail.  The boy's bereaved mother has been arrested also charged with injury to a child for leaving the toddler with his aunt.
Posted by Andrew klaus-Vineyard at Friday, August 22, 2008