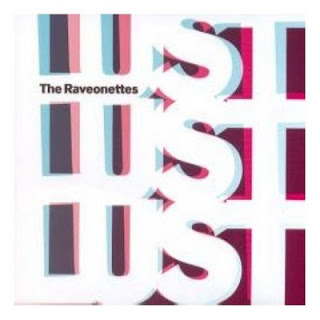 Tons of accolades have been heaped upon Swedish duo The Raveonettes. They have their detractors too (Jesus and Mary chain knock offs, ect) so I can't totally hate them (as I not so secretly wish I were sometimes living in the long lost 60s film their albums seem to be the soundtracks to. Something subversive, something longing, something very Kitten-with-a-whip. LUST LUST LUST their latest album is no exception. After experimenting with faster popier and somewhat sunnier tunes on their third lp Pretty in Black (for which some of the overly hip critics had a total hissy fit) the duo have decided to bring back a more subdued sound. Lust Lust Lust features shoegazery burst of feedback and their trademark wall of sound style, but something has changed. There's a rot in the air here. This is the soundtrack to a Lynchian tableaux: lovely, serene, and dangerously misleading. There is a menace in the means here. Something read between the lines that hangs from notes and reaches out from the static crackles and distortion fuzz. It's the dreamy summer afternoon turning cold at night. But danger is sexy none the less and I can picture Donna Hayward and her former friend Laura Palmer dancing at One Eyed Jacks to this.
Posted by Andrew klaus-Vineyard at Saturday, March 01, 2008