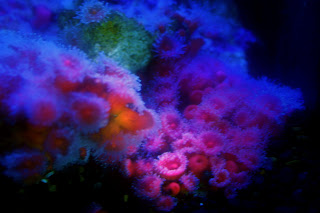 Portland can be an exceedingly small town. Friends are like to have shared an ex lover or two in the past. It also is a lonely place filled with the insecure and the over confident. Erstwhile dreamers hoping stardom and self actualization and those broken souls drawn to bars and anonymity seem to wash up here. We are are stranded on this Western shore. Between the mountains and rivers the rain and the snow, hoping the slate grey rain will wash us clean. I came here to die. I'm not being maudlin or overly dramatic, though I am prone to both. I was sick with a vaguely mysterious illness that they eventually named and I've learned to live with (nothing fatal or communicable- woohoo!) I didn't know what was wrong with me at the time I decided to move west from my then adopted home of North Carolina. I thought I was dying. I wanted to. I was tired and ready to let go. I was sick of being sick, of the seizures, of the pain and to add insult to injury, I had a broken heart. I came here to die. And I did. I died a death as real as a mortal one. I was self-immolating in the pain of fear and heartache. The lonely city drown my rage, my pain and drown the person I was. I became aquatic, swam different currents, hid in the urban reef. But in all this water I yearned for the fire. I crawled back ashore. rising up evolving into a new man. I met a man who gave me fire back. My husband, my Prometheus.
Love is difficult, at best, Unbearable at worst. I'm not sure the intrinsic motivations that allowed us to navigate the waters that we have, we do well. Somedays though I can feel those sharks circling. Blood in the water. Tonight was one of those nights. It's been one of those years-and a half. Blood was spilled, tears were shed. Sharks came. And suddenly I did something I have never done before in my life. I took off my "wedding" ring. I used the quotes because it's not legal. We exchanged rings nonchalantly, while shopping, we'd ben together 3 years. I took it off. Heartbroken. I asked for him to give me a reason to stay, a reason to put it back on.  He looked me in the eyes, his voice breaking as much as mine was long broken, "Is that I love enough?"
............ Yes. It is.  Fuck all the bullshit. Fuck politics, religion, God the devil and George W. Bush. Heart ache, head ache, financial burden, Garth, that stupid twink who's 21 but looks 40. Fuck insecurity, fuck hate. At that moment everything melted away and crystalized at the same time. "Marry me." I said. It was not a question. "Legally, (Thank you Oregon! or rather domestically partner or civil union)"
"Yes."
I struggled to get my ring off, it slid back on in an instant.
I'm never taking this ring off again.
Posted by Andrew klaus-Vineyard at Saturday, February 09, 2008