Musical Crush of the Week- Bat for Lashes 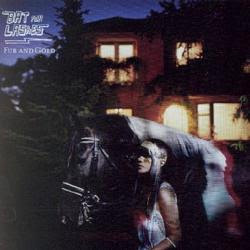 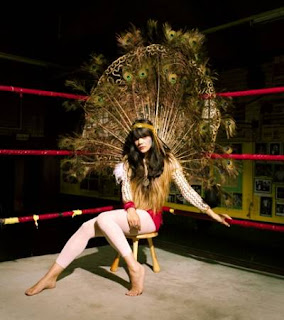 Bat for Lashes is a female band led by Natasha Khan (born 25 October 1979), a Brighton-based songwriter.


Born to a Pakistani father, part of the eminent family of squash-playing Khans, and an English mother, her early childhood was spent travelling the world following her father who trained the Pakistani squash team, summers in Pakistan, and the rest of the time in Hertfordshire[1][2]. She had a strict religious upbringing until her parents separated, when she was eleven years old.
Khan graduated in film and music; while at university her experimental work was influenced by artists such as Steve Reich and Susan Hiller, and she produced multi-media work centred on sound installations, animations and performance. She went on to work as a nursery-school teacher, and it was during this period that she began writing the material for her first album.
Her debut single, "The Wizard", was released digitally through DiS records and on seven inch through Khan's own imprint, She Bear Records. She then signed to the record label Echo, alongside Feeder and Róisín Murphy, and released her debut album, Fur and Gold, on 11 September 2006.
Bat for Lashes' music has been likened to the work of Björk, Cat Power, Tori Amos, and Kate Bush.
2007 has been a great year for Bat for Lashes, with acclaimed appearances at Glastonbury, and a very successful tour of the USA [citation needed]. On 17 July the album Fur and Gold was announced as one of the albums nominated for the 2007 Mercury Prize. Despite being the favourite to win, by both the bookies and the pundits —and after performing the song "Horse and I" at the ceremony held at London's Grosvenor House on Tuesday 4 September 2007— when at 10:15pm the winner was finally announced by presenter Jools Holland, Bat for Lashes lost out to the London-based band Klaxons.


okay that's all fine and good but the rapture of listening to Bat for Lashes on at four in the morning sitting on the train on your morning commute can not to ever be described.